WHY FEMINISM SHOULDN'T BE ABOUT EQUALITY. ALONE.

- April 06, 2015
Feminism is defined, at least in dictionary dot com, as "the doctrine advocating social, political, and all other rights of women equal to those of men".  The very fact that the here benchmark for dignity becomes a 'man' and the objective of the movement to obtain the same rights as 'his' seems to preempt any morality and cause associated with those rights. So just imagine, if simply because in a society there existed polygyny (man marrying multiple women), without thinking of whether it was a socially healthy institution, and instead of may be denouncing the same, the movement simply started demanding polyandry (woman marrying multiple men).  The sad thing about wanting to be equal to someone is that you lose the very basis for self-identity and self-respect.

The reason to demand a right should not be because others are getting it too.  It should instead be for the larger good, the logic behind the movement should be rooted in a deep belief that it is inherently positive for the society as a whole rather than being rooted in a 'me too' kind of argument (which I feel is the case in so many feminist movements these days). 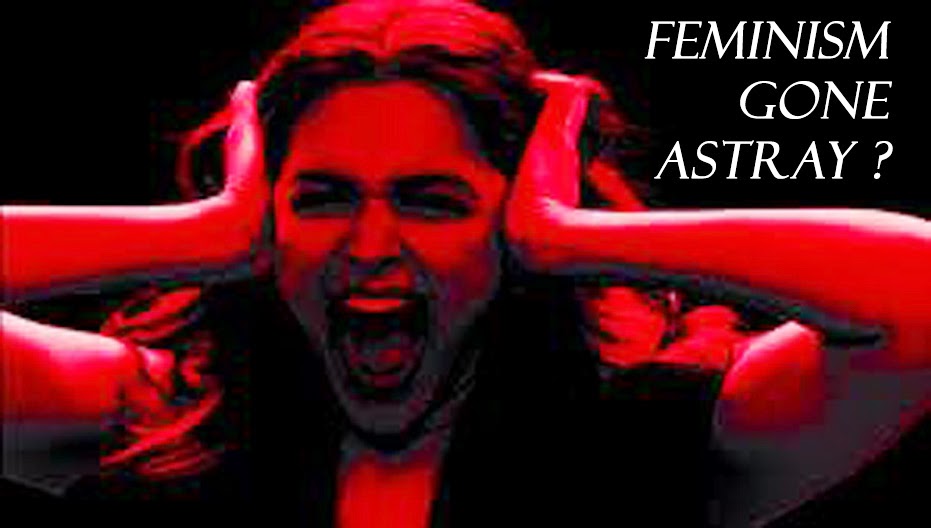 The weird thing about women empowerment as I often see in popular media is that they want to be a part of somewhat contradictory worlds.  They yearn to be treated like princesses and yearn to be an object of desire and are slaves to public attention - all this while they want to join the empowerment bandwagon.  Feminism has become like that popular t-shirt which many wear, but few 'live'.

Is the vision of feminism merely to be like the men?  Isn't that pretty narrow and unoriginal? It is sort of like the wannabe behavior, a peer pressure of sorts, which is driven not so much from inner desire, but from imitation and with complete disregard to what's in it for all of us in the end.