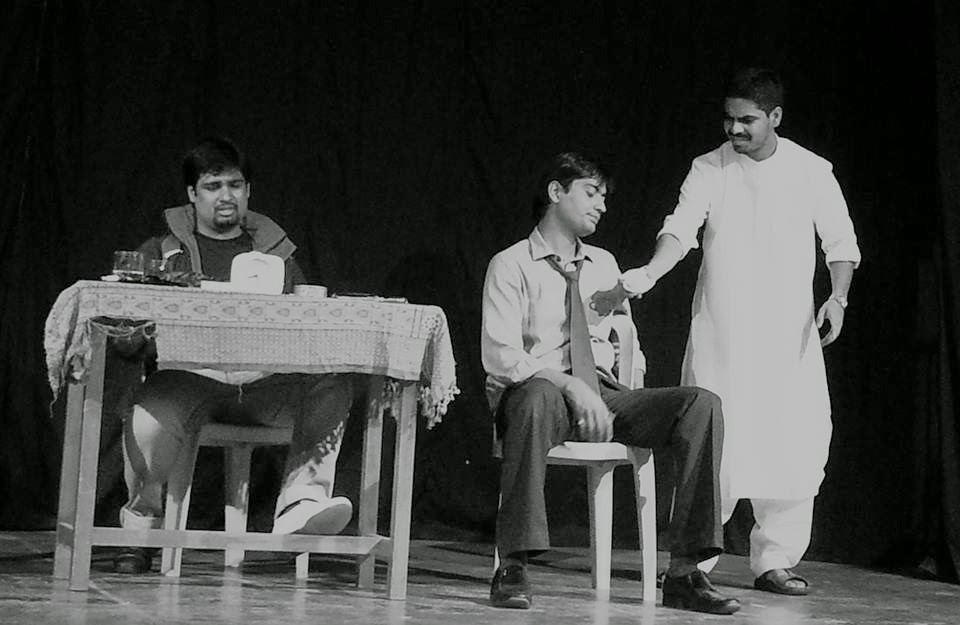 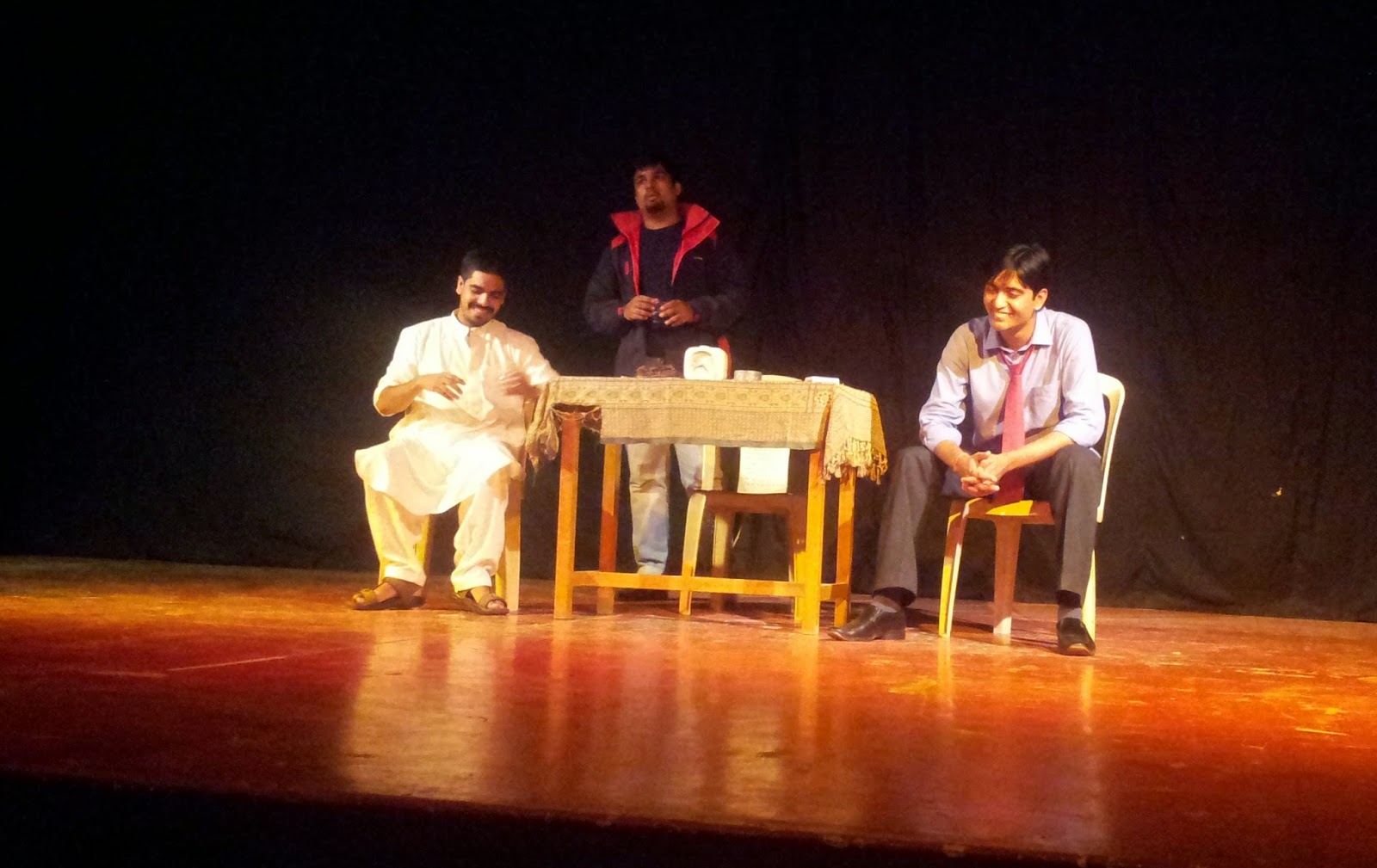 Ashima Theatre Group’s second performance on stage was DAS TREFFEN, named after the German word for 'The Meeting'.  Inspired by the ‘Trip’, this thriller revolved around the weird and unpredictable circumstances faced by three hitman who gather in a dilapidated  house to plot the killing of the target. But as luck would have it, there turns out to be something else in store for them in that house. As the events unfold, their friendship is set to a difficult test from which they hardly recover.

Caught between real and unreal, truth and falsehood, the three friends end up becoming each others' enemy. They never get a chance  to understand what really transpired –a bolt from their past or their bad karma which followed them unforgivingly.


The play ends in mysterious circumstances leaving the conclusion and the interpretation to the audience.